One of the last stretches of Trans-Siberian railway to be completed, if you decide to take the train as far as Vladivostok you will have crossed just about the entire land mass of the largest country in the world – no mean feat for a holiday!

Vladivostok (“Ruler-Of-The-East”) was historically Russia’s principle Pacific-Coast port. Before the days of the Trans-Sib, there was almost no communication between the European and Asian ends of Russia, and the only transportation was by ship through the Arctic in summer.

Vladivostok is a small but charming city with a slightly non-Russian atmosphere – the “sea-side” location, pleasant climate, and proximity to Japan and Korea lend it a cheerfully cosmopolitan character. It is, however, a small town, and sightseeing is fairly limited. Nightlife and eating-out is not, though – the city prefers its pleasures in large portions!

If you are considering a trip including Vladivostok, you ought to give some consideration to how you are going to leave afterwards – it’s something of a travel cul-de-sac, and is not served by any major international airlines (except one route to Seoul). The ferry service to Japan has long been turned over to Ro-Ro car ferries, and passenger service is severely limited – and not always regular. If your end destination is Japan, you might well consider the Chinese ferries – which run reliably all year for around half the price. 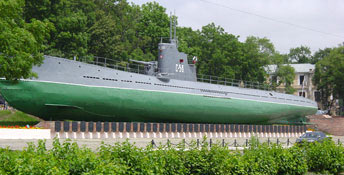