Famous for its annual Ice Festival, Harbin is a Chinese city with a distinctly Russian flavour – a poignant reminder of the émigrés who fled here in the aftermath of the Russian Revolution. Heading into China by train you are no longer, strictly speaking, on the route of the Trans-Siberian Express- you have ventured on to the Trans-Manchurian stretch of railway.

Although firmly located in China, Harbin is a testament to Russian influence in Manchuria, and the city-centre is largely the handiwork of rich Russian émigrés who had fled the Russian Revolution in 1917… believing that Harbin would just be a bolt-hole for a few years until the Communism fad died out. The result is a thoroughly Chinese city with a pedestrianised main street similar to one of St Petersburg’s grander boulevards, lined with belle-epoque-style shopping galleries, restaurants, and other Russian-built ventures. All of them, now, are back in Chinese hands, and most are serving different functions to those originally intended. The last of the Russian émigrés died in 2001, aged 97 – never able to return to the country she’d left “for a few months” in 1917. A tiny museum exhibition in the Russian Tea-Rooms tells their story.

The best time to come to Harbin is in the bitterest depths of winter. Why? Because of the famous Ice & Lantern Festival which is organised every year in the city from the “western” New Year on 01 January, through to the Chinese New Year – neatly bridging the city’s dual European-Chinese heritage. Immense ice-scuptures compete for awards marking ingenuity or sheer audacity of design.

Harbin’s other attraction for visitors is shopping – for high-end fake-fashion items (which aren’t illegal within China). The city hit world headlines for the wrong reasons in 2005, when a pollution scare threatened the city’s water supplies – however, prompt action saved the day, and the city escaped any serious incidents connected with this.

The Russia Experience is able to offer a number of tours in China if you wish to explore this magnificent country as part of your Trans-Siberian adventure. The annual Ice Festival is the best time to visit, but Harbin is a fascinating city to include in your holiday itinerary at any time of year. 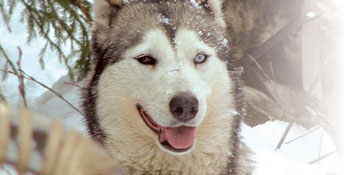