Not many people mention Perm as a holiday destination, but as one of the stops on the Trans Siberian railway you can choose to get off the train here and you may be surprised at just how much you know about Perm already.

All haircut jokes aside for now, Perm’s been around a very long time – from the time of the Permian period, in fact… which is named after Perm, and all the geological finds made in the area. If you’ve ever bought travel insurance, and been asked whether you want “European” or “Worldwide” – well, Perm is the further East you can go on “European” cover.

Have you ever watched the film (or read the book) “Dr Zhivago?” The bits not set in Moscow are in an imaginary city called “Yuryatin” – in real life, that’s Perm. The Public Reading Room on Sibirskaya St is where Yuri and Lara first meet, and “Lara’s House” is on Lenin St. Of course these are the real locations of the book – the film couldn’t be made “on location” because of Cold War era politics. Perm was also the starting-point for the Great Siberian Tract – the post-road which preceded the days of the Trans-Siberian Railway, and was the convict chain-gang route East even after the railroad was built. 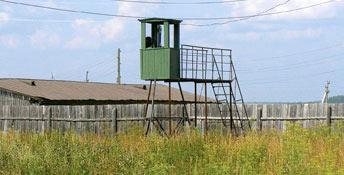